Aotea’s population is growing. The number of people listing the island as their primary place of residence for health care purposes has crept up to over 1150. The last official census in 2018 had the island pegged at 936 residents.

And this new wave of residents is bringing some incredible talent.

They met on Ibiza where Simone DJed and Giulio threw house parties, in a 300-year-old home in hills in the North of the Spanish island.

An Ex-Wall Street broker, Giulio rode Ibiza’s wave of beach-front DJ music and its move into clubs in the early 1980s. Simone felt called to the island in 2009 after stints in investment banking, IT, running a record label in London, DJing in New York and online sales of a “universal nut milk bag” she designed and then stitched from a tent during early days on the Mediterranean island.

After four years living together, they felt Ibiza was losing the sense of freedom that drew them, prompting a three-year, round-the-world search for a new island home.

They came close to purchasing their own Vanuatu island – “machete, tent and no community” – and then found Barrier early last year.

“This is the island I dreamed about since childhood. A community without being one. Where there is freedom because people have independence and take responsibility for themselves,” says Giulio.

From campervan beginnings, they found a section on hills behind Kaitoke Beach, borrowed the owners’ house when the COVID lockdown prevented a planned return to Ibiza, and ended up buying it from him. Their new home sits on the main ridge between coasts, access is via a long private road to ensure the privacy they cherish, and they watch the sun rise and set from their living room.

Giulio manages investments from the sale of his Ibiza home and lives on “one twentieth of his former spending”.

They are landscaping, planting  a food forest, work on personal healing, host games aimed at recapturing childhood wonder and publish their explorations on www.discerningreality.com. They dream of creating the spirit of Ibiza here – throwing ‘house parties’ with inspired music, food and fun-filled company.

Like … Saskia Koerner, a South African-born, Bali-based fashion photographer and her New Zealand husband Kurt, who until recently worked in Western Australia mines then flew to surf with Saskia in Bali in his weeks off. 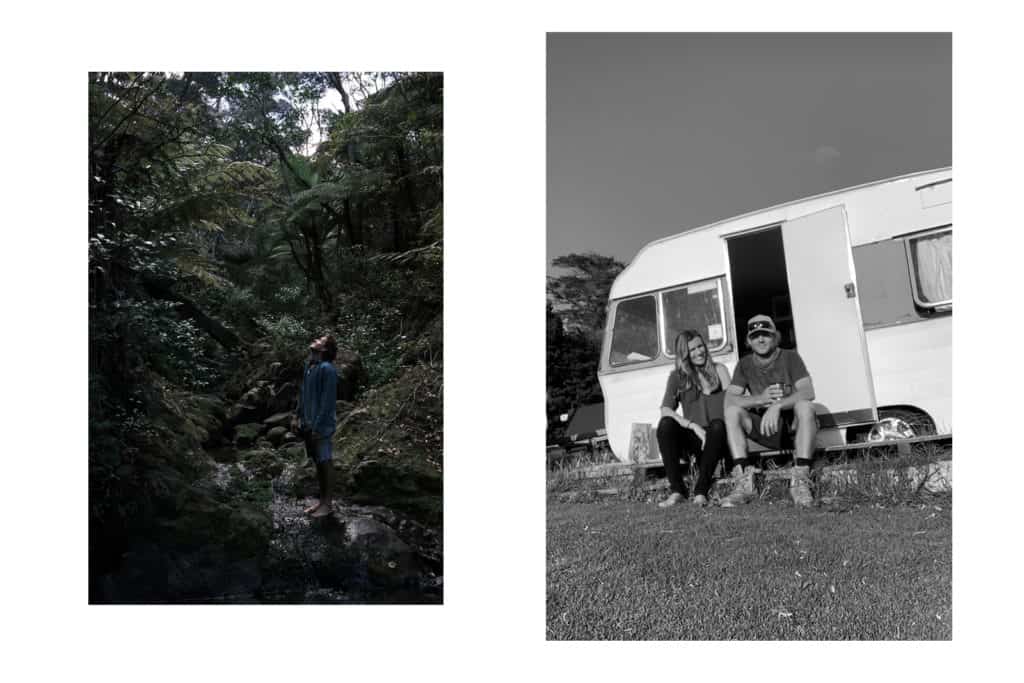 Saskia started as a fashion designer, launching the clothing label Misfit at age 18 and growing it into a chain of boutique stores in Africa, Europe and Bali.

Attracted to photography, she trained at the leading Brooks Institute in Santa Barbara, California and, after graduating top of the class, worked with industry legends Mary Ellen Mark, Nan Goldin and Kenneth Willard in New York.

Having built an international clientele, she felt called to Bali and surfing and established her fashion photography business there.

A three-week holiday to see Kurt’s family in New Zealand was interrupted by COVID and they chose to remain here with just their suitcases rather than being locked down and separated in Bali and Perth.

For the past 18 months, they have lived in a caravan and 3x4m hut built partly from pallets on a friend’s land at Okiwi.

Saskia says they are putting down roots here and it feels increasingly like home. Kurt is finding plenty of building work while she is picking up commissions to travel off island for fashion shoots. 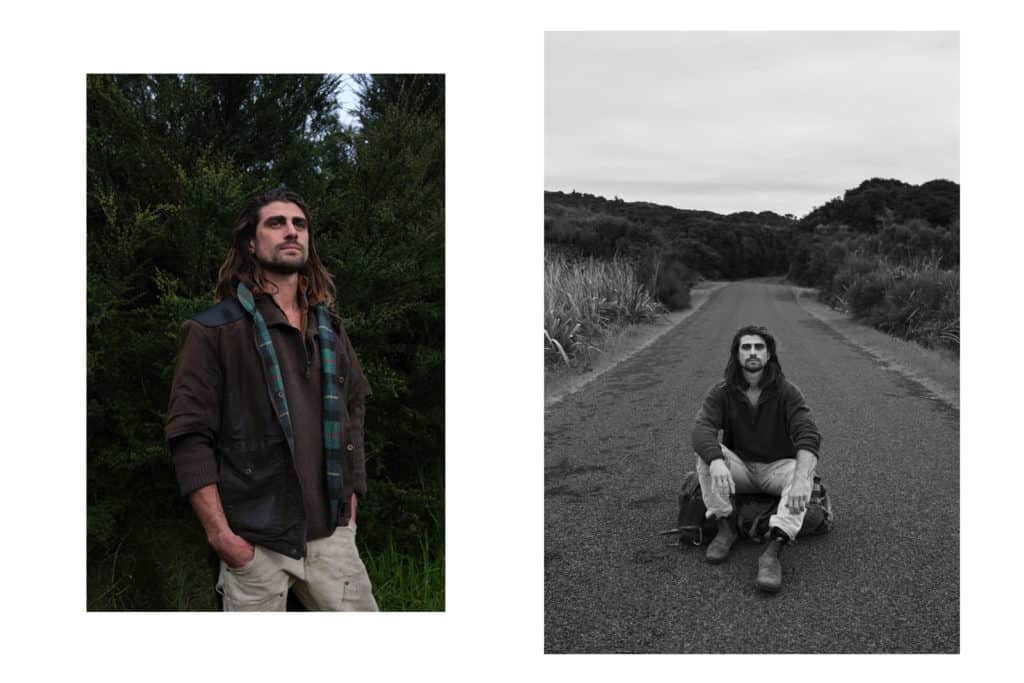 Rory and his partner came for a one-night stay in Auckland with only the clothes on their backs to renew a visa for Australia and visit an old friend from past South Island explorations.

The mate insisted they go have a look at Barrier.

A couple of days turned into a month, exploring Aotea’s coastline in an inflatable Takacat, surfing, climbing, fishing, and spearfishing.

“I’ve spent my life seeking wilderness, and there is nowhere else in the world like this island. I have never felt what I feel here.” After 15 years as a nomad, Rory had found a home.

Used to being adaptable, he began work as a beekeeper and now combines this with running a portable sawmill, providing timber to island residents.

“Ï feel honoured to have found a place and met people here that have helped me on my journey. I wish to serve the island and the community in any way I can.”

Like … English-born, resident of France of 20-years and circus artist Jane Huxley. 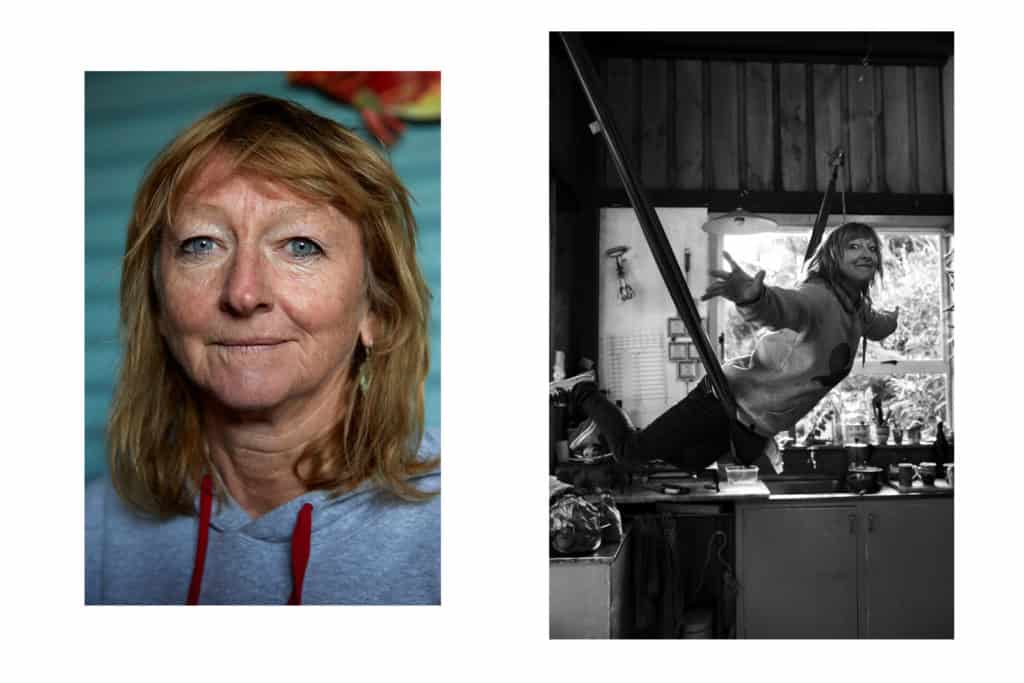 Jane was due to perform in the Auckland Arts Festival production of Place des Anges when COVID hit. With rigging marooned in transit, the show was cancelled but with tickets already booked she came anyway, thinking it would blow over quickly.

She saw COVID lockdown out in Wanaka then came to the island to do some WWoofing (Willing Workers on Organic Farms).

She lives in a studio attached to an engineer’s shed overlooking Puriri Bay, a hammock strung across her kitchen doubling as a practice trapeze rig.

She specialises in cable work and high trapeze and has toured her own show, a form of trapeze pantomime, for 10 years.

She loves the island and hopes to incorporate her show into a future Wingman Festival. She is a regular paddler in a 6-berth waka ama based in Tryphena Harbour and plays saxophone at music jams organised by Bodhi Whitaker.

Australians Bodhi, Kat and daughter Taya arrived on the island shortly after the COVID lockdown. 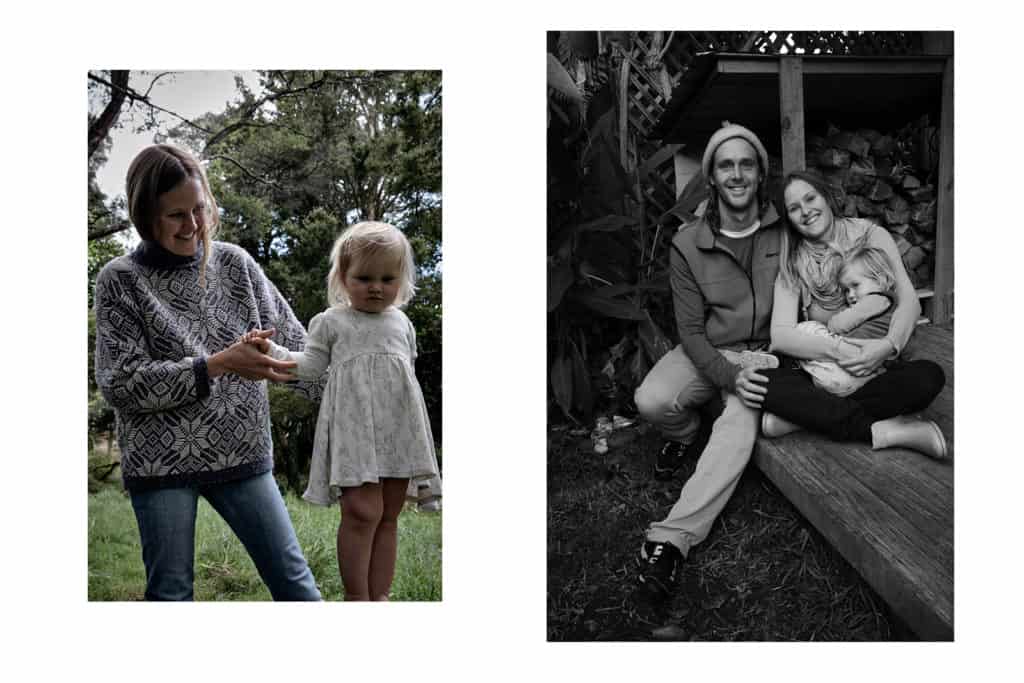 Bodhi has drawn inspiration from the island for his recently released album All Ready Free and is the talisman for music happenings, freestyling lyrics and beat box sounds accompanied by guest artists. He hosts a Sunday morning show on Aotea FM, contributes to the community gardens at Medlands, surfs beautifully, and offers Breath training, a programme of self-awareness through breathing which the couple developed for schools throughout Australia.

Kat bakes sourdough loaves in a rented commercial kitchen which she supplies every Wednesday to bread club subscribers around the island.

Their plans – half formed and interwoven with the creative talents of others – are to assist Aotea to be a place of inspiration and healing for those who visit here.

The presence of these new arrivals – and many others like them – is adding verve and energy to an already colourful community.

Hear Jane Huxley and others at a TED talk-inspired ‘Island Speak’ event at The Currach on September 10 as part of the Small Island Big Ideas festival. Programme now available  at www.smallislandbigideas.co.nz