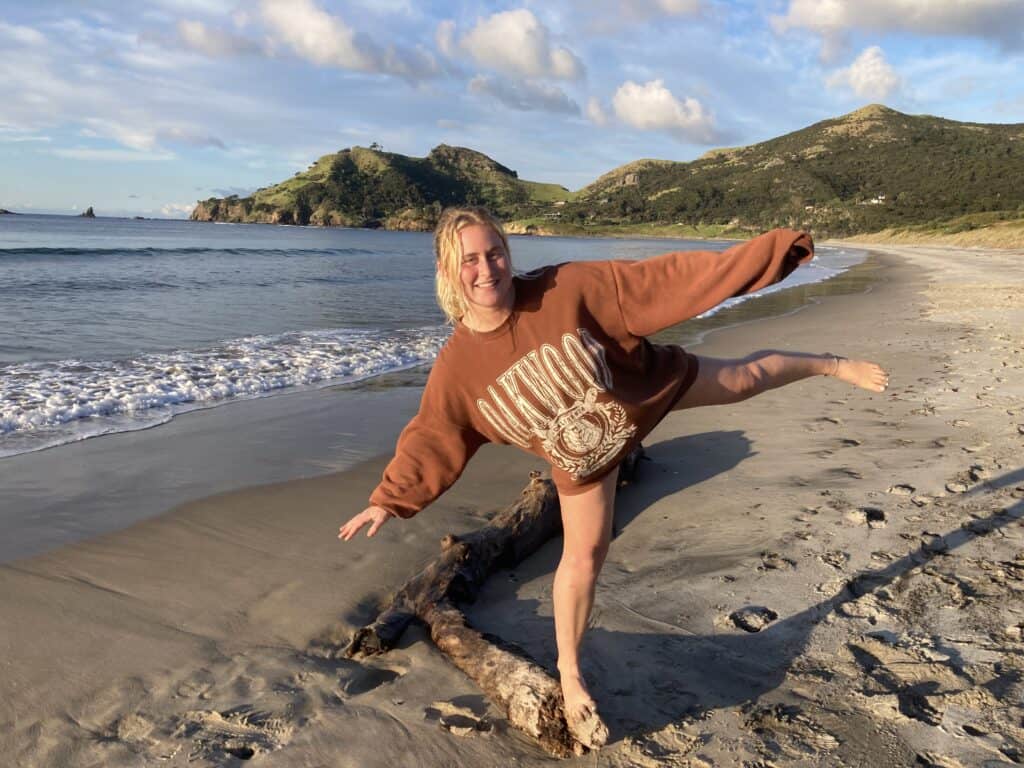 Micky was hitchhiking from the airport.

She told me she hoped to pick up work in bar or restaurant and find a place to live.

I dropped her near the church at Medlands (Ōruawharo) and wished her luck.

But slotting into catering rosters can take a bit of juggling by café owners and publicans. Finding rooms, a bit of asking around.

Eating out on the island mirrors this dynamic and rewards a flexible, pick and mix approach.

With many holiday homes in regular use by owners or available for short term stays, rental housing – with the attendant challenges of often quirky off-grid power, water and waste systems – can also be hard to find.

There’s talk of places for tiny homes to ease the housing shortage, something community-minded locals, council and mana whenua are working on.

The island has always been a place that suits serendipity and grace.

Recently, while walking the stretch of Ōruawharo designated for dog walking, I spotted a hermit crab on the sand. How I saw him I’m not sure. He was camouflaged among the grains of silica and shell on the lapping tide line.

His array of antennae, legs (three pairs) and eye stalks were hairy and weather beaten, but his abdomen was plumb-coloured, bulbous and vulnerable.

He was homeless. And several torea (oystercatchers) were probing for fleshy morsels just down the beach.
As hermit crabs grow, they need to find a bigger shell. This is usually done rapidly in a swap meet arrangement. See the fascinating David Attenborough clip here

“To be caught without a shell is a death sentence,” says Attenborough in his Oxford English.

So, I carried the exposed crab the length of the beach and halfway back again looking for a new home for it, but those that I could find were bivalves – pipi, tuatua, scallops – or well-worn, broken rimmed turban, ostrich foot or ringed venus shells that might have suited.

I was about to give up the mission when I stopped to show my homeless companion to a young woman walking the opposite direction.

I had forgotten about picking up an Irish hitchhiker several months earlier, but Micky reminded me of our encounter and told me she had found work in a café and was renting Vicky’s cabin, just behind the beach.

The crab pirouetted in my palm flipping its soft tail. “I have a shell at home that would fit,” Micky said.

With urgency she headed across the dunes, crab in hand, while I carried on along the beach following an impatient dog.

We met 15 minutes later, again heading in opposite directions.

The translucent pink shell – one she brought from Mount Maunganui, now freshly rinsed in salt water to remove fragrant ash – had suited. The crab backed in and she’d taken the rehomed crustacean down to a tide pool near Memory Rock.

Now she had to rush to make her Friday pizza making shift at My Fat Puku.

Meet the island on its terms. You’ll be rewarded for it. 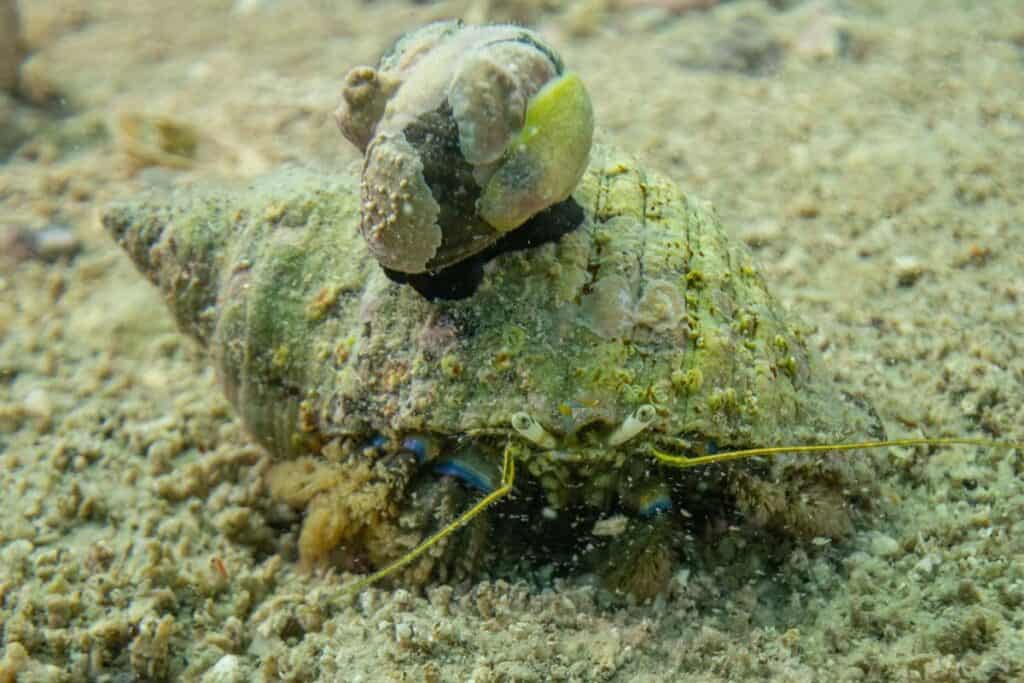 Encrusting coraline algae growing on a slipper shell growing on a cat’s eye snail which is on a cart rut shell currently being used as a home by a New Zealand hermit crab which is standing on a field of tiny tube worms. Photo by Shaun Lee.