Windy Canyon is a popular walk on Great Barrier Island, offering spectacular views. The climb includes numerous steps through the sheer rock faces of Windy Canyon. There are splendid views of Okiwi Basin and Whangapoua Beach and estuary to the north, and Kaitoke and Medlands beaches to the east. You can then continue on Palmers Track to the summit of Hirakimata/Mt Hobson. This is the shortest and easiest of the three paths to the summit. Palmer’s Track continues to follow the ridge offering constantly changing vistas in every direction before climbing steeply to the summit, traversing steep inclines via an impressive system of steps and stairways. Healthy examples of the endemic plant prostrate kānuka can be seen among regenerating forest. On the ridge still stands the ‘wooden horse’, a sturdy H-frame used for winching logs from the eastern slopes up and over the saddle, before sending them plummeting down the other side on their way to the sea. Hirakimata/Mt Hobson is the site of several rare species. It is the favoured choice of the tomtit, black petrel and recently re-introduced North Island robin, and is frequented by kākāriki and kākā. The beautiful endemic Great Barrier tree daisy and tiny sun dews also like it here. The track begins at the top of Whangapoua Hill on Aotea Road.

Keep an eye out for black petrel. Once widespread on the North Island, breeding colonies of these large, burrow-nesting seabirds are now confined to Great Barrier Island Aotea and Hauturu / Little Barrier Island. The main colony on Great Barrier Island Aotea breeds on the slopes of Mt Hobson (Hirakimata) between October and May each year. Mature birds spend months at sea flying as far as South America and only return to the island to breed. Watch out for them on the road at night.

Have a look at the Aotea Track map here! 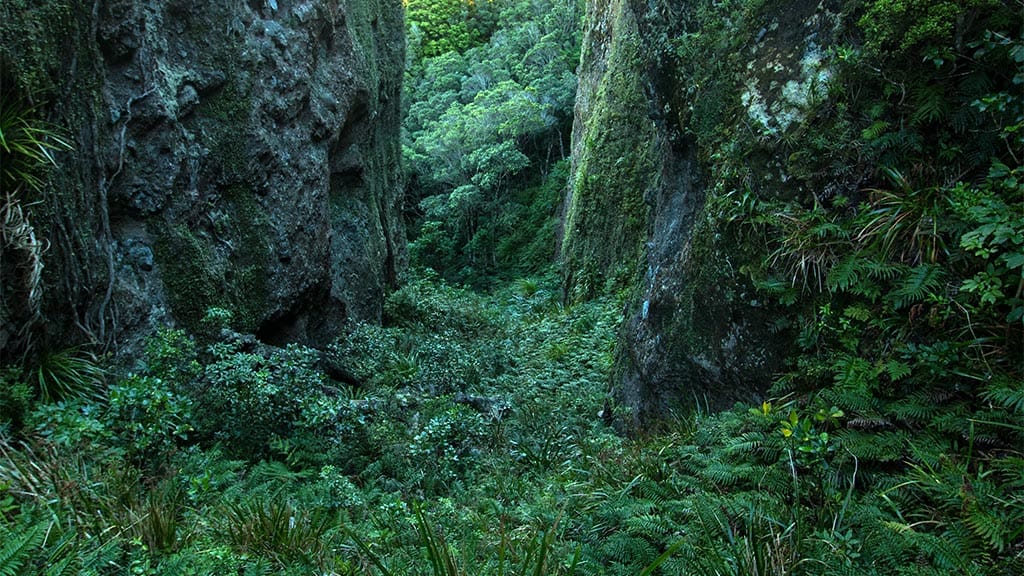