Offers a striking experience for walkers – a wide array of flora from tiny plants and ground cover to large trees in established forest, historic sites. Towards the summit, panoramas of the island, its bays and beaches and neighbouring islands are available.

Head to the end of Kaiaraara Bay Road, take the short walk to Kaiaraara Hut and the start of the track. From here, the track rises to Cooper’s Castle Track junction, crossing the stream several times over suspension and wooden bridges. There is a short side track to the remains of the lower kauri dam. The dam washed away in a storm in 2014, but the base is still visible in the stream.

The dam was built in the 1920s along with six other dams. Once loaded the dams were tripped one after another to get the logs to Kaiaraara Bay.

Have a look at the Aotea Track Map here! 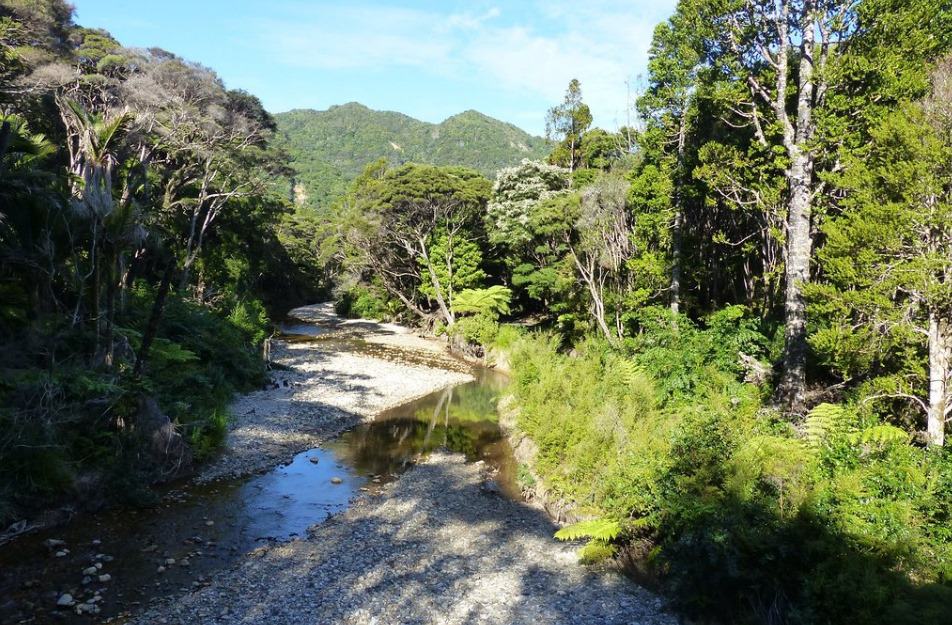